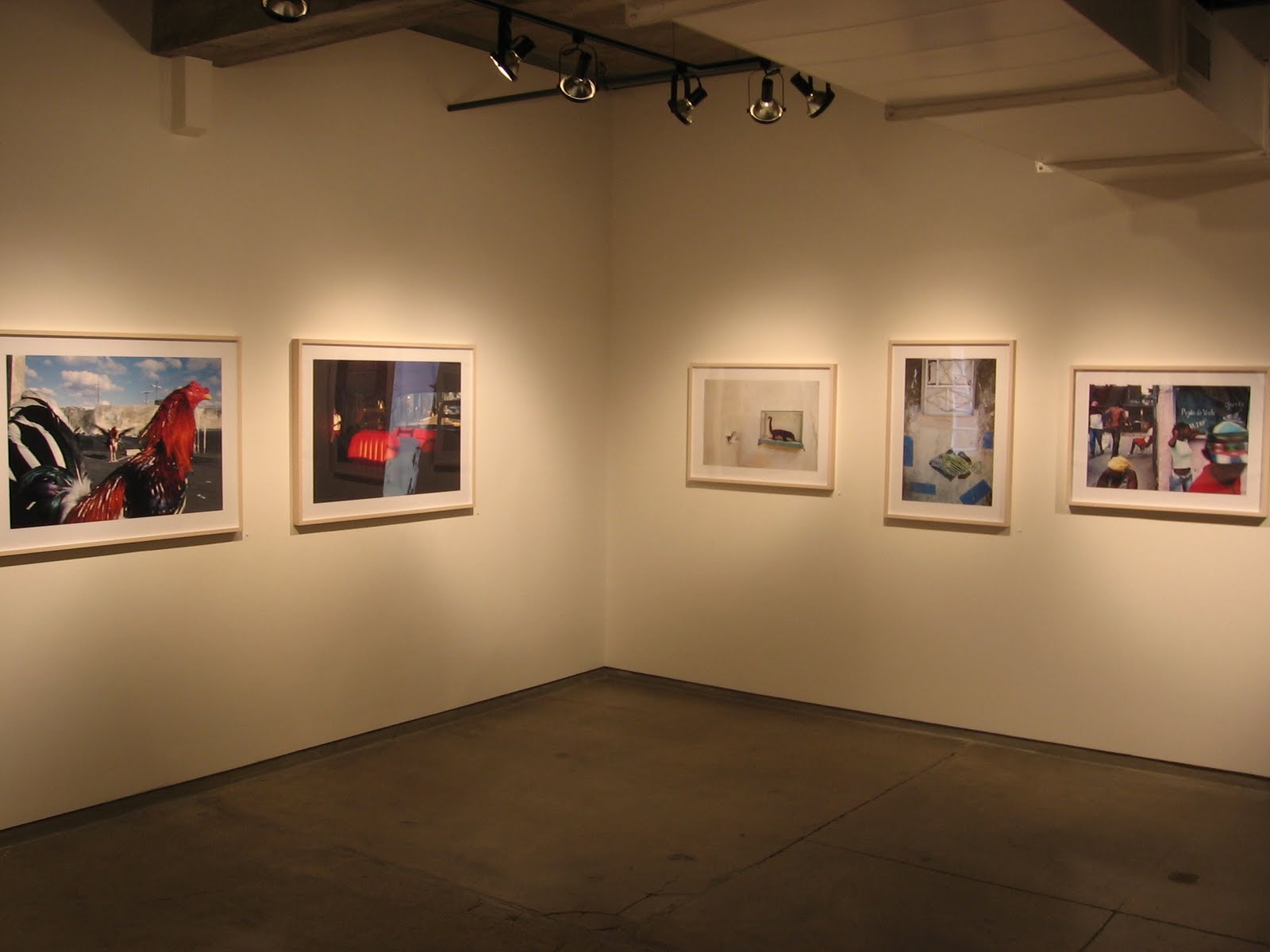 Comments/Context: Cuba has long been a subject of interest for photographers, going back to the street portraits and shop windows of Walker Evans and Henri Cartier-Bresson, the political portraits of Rene Burri, and more recently, the faded architectural grandeur of Robert Polidori and Michael Eastman. Something about the island’s combination of vibrancy with decay, charm with melancholy, all drenched in warm Caribbean sunlight has attracted artists and photographers for decades. 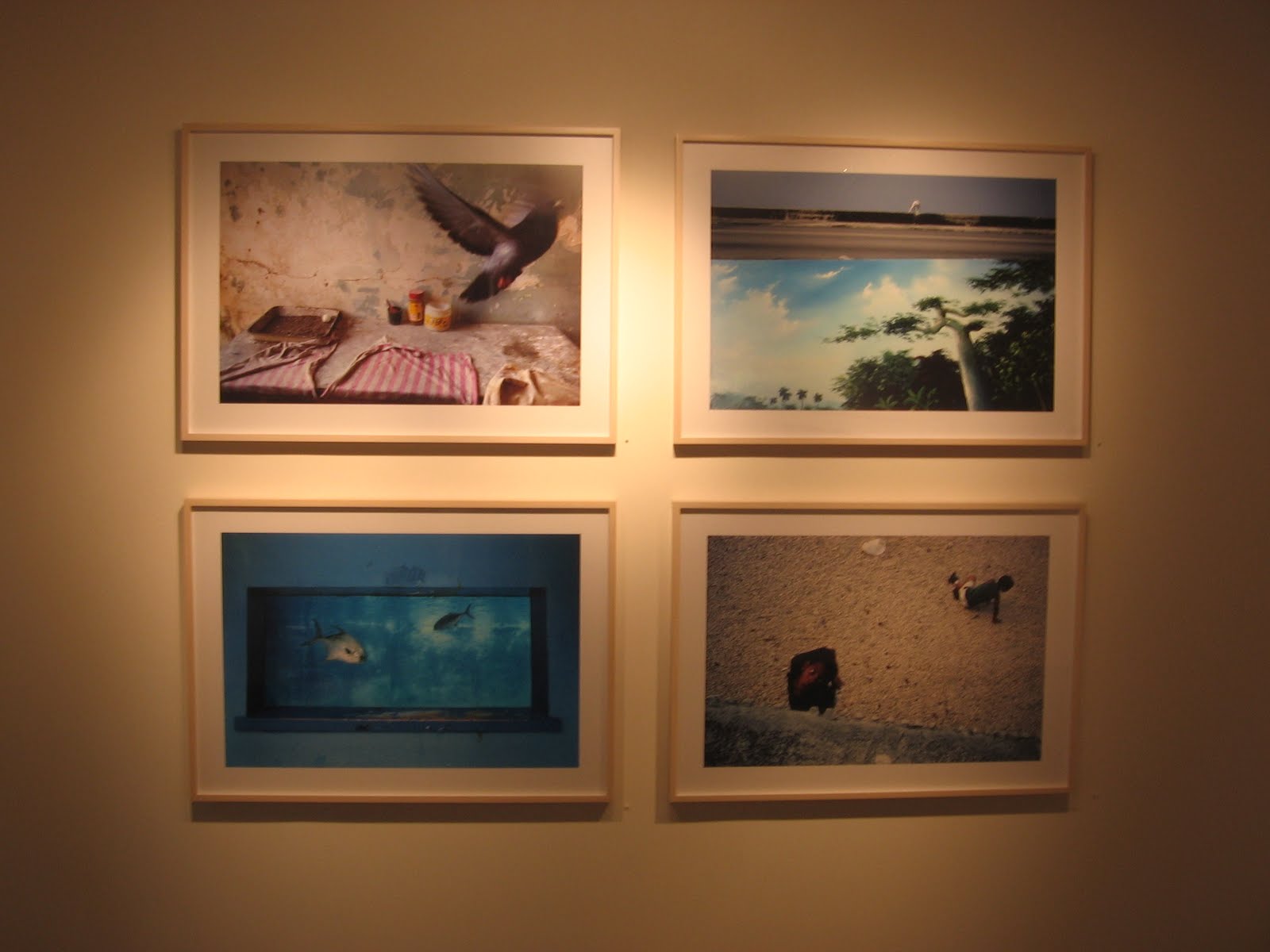 Alex Webb and Rebecca Norris Webb have spent the past decade making trips to Cuba, and their images of the island follow two separate but, in the end, interrelated paths. Alex Webb’s images are fragments of Cuban street life: 1950s red car seats simmer in the sun, vacant chess tables are stacked against a dilapidated yellow wall, bored bus riders stare out the window, and hurricane tape criss-crosses plate glass shop windows. His pictures use contrasts of color and perspective to create visual excitement – a eye popping pink sky hovers above a glowing green wall, and boys playing in a gravel courtyard are seen from above, distorting their bodies into indistinct forms.

Rebecca Norris Webb’s photographs center on the role of animals in everyday Cuban life: birds flash through rooms of peeling paint, fish loiter in a blue tank, roosters strut around, a stuffed ferret makes an appearance in a glass case, and a multi-colored bird wing is spread out like an elegant fan. In this world, humans and animals live together, coexisting naturally in the same urban space.

Overall, these interleaved bodies of work seem to successfully capture the feel of the culture. But while there are certainly a few eye-catching images here, I’m not sure that they show us a side of Cuba that we haven’t already seen before. Even though these works are generally well crafted (albeit printed a bit too large in my opinion), the pictures get a little too caught up in the familiar stereotypes of the island, lessening their impact and eventual memorability.

ADMINISTRATIVE NOTE: There will be no posts on Monday, December 21st. We’ll be back Tuesday.